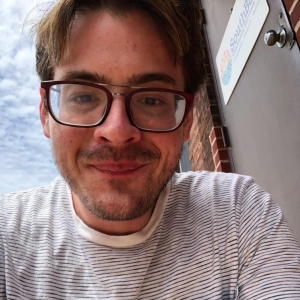 Tim graduated summa cum laude with Distinction in Literature from Yale University, where he also earned an M.A. in Comparative Literature. He held a Paul Mellon Fellowship at Clare College, University of Cambridge, where he earned an M.Phil. in English with Distinction. He is interested in literary theory and criticism, hermeneutics, psychoanalysis, rhetorical reading, Romanticism, comparative and intertextual approaches to literature, tragedy, the philosophy of dialogue, and lyric poetry. He especially likes to trace the critical history of a text and to synthesize the readings—from the ingenious to the perverse—produced by a text’s major readers. Questions of pedagogy, the ethics of teaching, and injustice in education are also major concerns, issues he confronted when earning his Master of Arts in Teaching (MAT) from Duke. He has studied authors from a range of traditions, including Plato, Racine, Rousseau, Wordsworth, Shelley, Leopardi, and Flaubert, and hopes to add, among others, Goethe, Lessing, Hölderlin, Kleist, Rilke, and Freud to the list in the Carolina-Duke program, which he joined in the Fall of 2020. He looks forward to discovering new interests along the way.