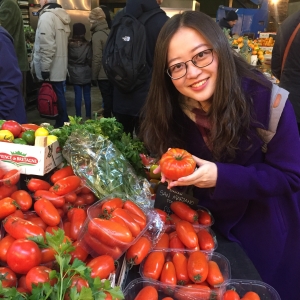 Born and raised up in Beijing, Shiqi first discovered her interest in German Studies when she was in middle school. She focused her undergraduate study on German and EU politics as well as political philosophy, and earned her bachelor degree in International Politics at Liaoning University in China in 2018. After that, she graduated from the London School of Economics and Political Science with an MSc in European Studies. Her master thesis focused on post-war Germany's self-understanding in Europe and took a multidisciplinary approach to examine the German Question especially based on Nietzsche's and Habermas's thought. Her academic interests involve nationalism and cosmopolitanism, and she has always been interested in Germany's ideological role in Europe as well as an ideological rivalry between a "German Europe" and a "French Europe". In her spare time, Shiqi enjoys travel and musicals, and she loves horses and almost everything in purple.