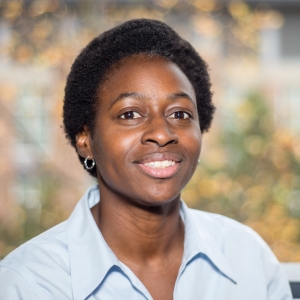 Priscilla Layne’s (Ph.D. 2011, University of California, Berkeley) research and teaching draws on postcolonial studies, gender studies and critical race theory to address topics like representations of Blackness in literature and film, rebellion, and the concept of the Other in science fiction/fantasy.  In addition to her work on representations of Blackness in German culture, she has also published essays on Turkish German culture, translation, punk and film. She is the author of White Rebels in Black: German Appropriation of African American Culture (University of Michigan Press, 2018). Her current book project is on Afro-German Afrofuturism. Layne also holds an adjunct appointment in African, African American and Diaspora Studies at the University of North Carolina at Chapel Hill and is the Vice President of the American Association of Teachers of German (AATG).

“Halbstarke and Rowdys: Consumerism, Youth Rebellion, and Gender in the Postwar Cinema of the Two Germanys.” Central European History 53 (2020): 432-452.