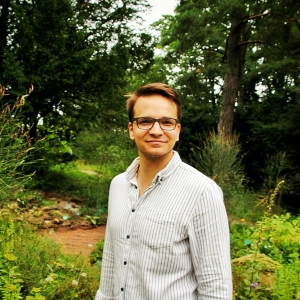 Merlin Ganzevoort graduated from Philipps-University of Marburg, where he received his B.A. in European Literatures and his M.A. in German Literature. During his postgraduate studies, he spent an academic year at the University of Kent in Canterbury, UK. In his Bachelor thesis, he examined the concept of ‘negative capability’ in relation to the odes of John Keats. In his Master thesis, he analyzed the novels of Christian Kracht, focusing on his performative and ambiguous self-representation as an author, the question of identity formation of many of the novels’ characters under postmodern conditions, and the rhizomatic intertextual references in his oeuvre to other literary works. His research interests include Romanticism, especially the poetic interplay between subject and nature, Modernism, with a major focus on Critical Theory, particularly the writings of Adorno on socio-cultural and aesthetic subjects, as well as Postmodernism.