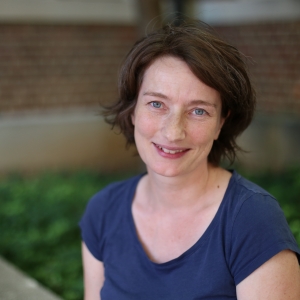 Inga Pollmann (Ph.D. 2011, University of Chicago) is a film scholar whose work focuses on the history of film theory, in particular of the first half of the 20th century; recently, she has also worked on postwar modernism and contemporary cinema. Her primary interests are the intersections of film, science and philosophy, as well as the place of the moving image within aesthetic theory. As a consequence, her work often explores interdisciplinary connections between film studies, history of science, art history, and literary studies. Her monograph Cinematic Vitalism: Film Theory and the Question of Life (Amsterdam University Press, 2018) explores the role of vitalist conceptions of life in German and French aesthetic theory, philosophy, and biology for film theory and practice from the 1910s to the 1960s. She is interested in a variety of film genres and periods including 1920s cinema, melodrama, European new wave films, and contemporary global art cinema. Her essays have covered topics such as Russian montage cinema, German abstract cinema, the interrelation of German biology and film theory in the 1920s, the question of mood and coldness in melodrama, early hunting films, and the Berlin School. Currently, she is working on a monograph on environmental film aesthetics.