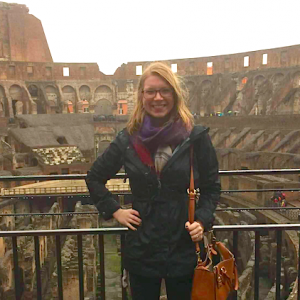 Ameliah earned her B.A. in English for Secondary Teachers at Western Kentucky University in 2013. For her honors undergraduate thesis, she explored images of Jewish identity in literature from the Second Temple period. After teaching English abroad and at American secondary schools, her interest in Jewish Studies led her to Duke University, where she earned her M.A. in Religious Studies in 2019. She joined the Carolina-Duke program in 2020. She is primarily concerned with German and Austrian Jewish literature from the nineteenth and early twentieth century. All aspects of her research concern elements of Jewish identity as a nexus for broader European issues of modernism and gender/sexuality. She is also interested in tracing similar themes of Jewish identity in secular and religious Jewish writers, and specifically how female Jewish writers have adapted elements of the Hebrew Bible for modern audiences.