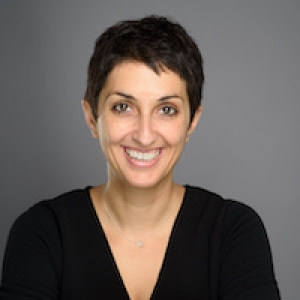 Adi Nester’s (Ph.D. 2020, University of Colorado Boulder) research and teaching interests focus on the interrelations of music, literature, theology, and political theory in the German and German-Jewish traditions. She is particularly interested in the ways in which aesthetics and aesthetic theories inform our understanding of concepts like identity and difference. In her current book project entitled “Unsettling Difference: Biblical Operas and the Critique of German-Jewish Identity," she relates the historicizing German reception of the Hebrew Bible and the Jewish people to the problematic position of opera as a modern revival of Greek tragedy, and shows how biblical themed operas contributed to the discourse of difference between Germans and German Jews in the twentieth century. Additional research projects include the study of music as an experiential phenomenon and its disruption of hermeneutic traditions, as well as a study of contemporary cultural production by Israelis in Germany. Nester's research has been supported by fellowships for emerging scholars in Jewish Studies from the Posen Society of Fellows and the Association for Jewish Studies.

“Beyond Representation: The Ethics of Music After Auschwitz.” Under review with Journal of the American Musicological Society

“The End of Abstraction and the Beginning of the People: On Law and Representation in Arnold Schoenberg’s Moses und Aron,” German Quarterly 93.1 (Winter 2020): 19-36.