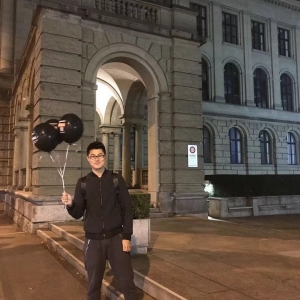 Originally, from an industrial city in northern China, Wei received his B.A. there in German Studies in 2016. Subsequently, he studied Germanistik, Popular Culture and Gender Studies at the University of Zurich and graduated in 2020. During the time in Switzerland, he read the Gender thoughts of Judith Butler and Michel Foucault with great passion and then transferred his research interests to varied cultural topics and theories with focus on Frankfurter School. In his M.A. thesis, he investigated how Americanized mass culture influenced the Halbstarken, a juvenile cultural phenomenon in the post-war Germany, and combined it with Walter Benjamin, Theodor Adorno, Max Horkheimer and Pierre Bourdieu’s theories. At CDG, he hopes to explore more about conceptual transformation in the Germany of 20th century.