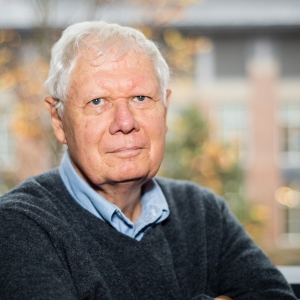 Clayton Koelb's (Ph.D. 1970, Harvard University) research focuses on the construction of literary worlds and has thus examined such matters as tragedy, theories of genre, literary criticism as well as rhetoric and narrative. One cornerstone of his work are twentieth-century modernists Franz Kafka and Thomas Man and, in particular, the tension between fantasy and reality in their works. Another is  Nietzsche and the centrality of rhetoric in his philosophy. Whereas his Kafka: A Guide for the Perplexed (Continuum, 2010) introduces the author's life and work to general readers, his The Revivifying Word: Literature, Philosophy, and the Theory of Life in Europe's Romantic Age (Camden House, 2008) queries European Romantic literature's fascination with scenes in which reading and legibility are literally matters of life and death.